Why we need Pioneers 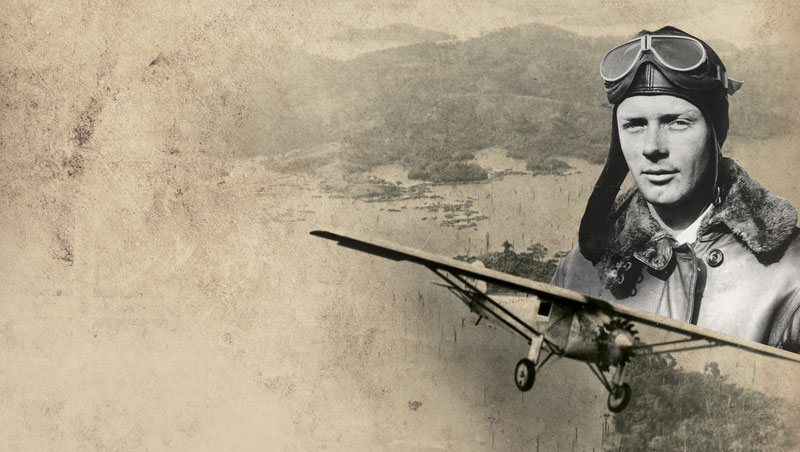 Have you ever wondered what it would be like to be a pioneer? You know the first to achieve something no-one has ever achieved before.

How difficult would it have been for Charles Lindbergh who at the age of 25 flew solo non-stop from New York to Paris a distance of nearly 5,800 km in 1927. In an instant he became world famous but this was not his reason for the flight. Yes there was a prize on offer called the The Orteig Prize of $25,000 for the first to achieve the crossing. This was offered by a French born New York hotelier Raymond Orteig. Raymond initially offered the award in 1919. Six well known aviators had lost their lives attempting the crossing before Charles succeeded. So what did drive Charles to try something so many people said was sheer lunacy? What made him think it was possible? Why would he risk his life to achieve something six fellow aviators had paid the ultimate cost trying?

We are certain there are many different reasons for Charles wanting to attempt such a feat, the challenge, the fact that so many people said it could not be done, the money and the sheer joy of flying. Charles passion for flight was huge, from the moment he first flew in a plane it became his life’s obsession. In a very short time he set and achieved many goals so many thought were unachievable.

For many who start a small business we will do so knowing the industry we work within has existed for many decades and in some cases hundreds of years. For these industries we have a manual or guide book from which we can learn from, the manual is not necessarily one you purchase from a shop. The manual is the history within the industry. We learn from the mistakes made by the trailblazers who broke down the barriers 10, 20 or 50 years before us. These existing industries like plumbing, building, electricians, graphic design, accounting, architecture, mortgage broker, mechanic, and the list goes on, have a legacy, a history and a set plan on how to succeed.

Interestingly for every single person who says that is a “great idea” you will have eight people who say “it’s not for me”. It is for this reason pioneers should be applauded for their persistence, their will to succeed and their ability to question the status quo. For without these pioneers we would still be walking around on all fours hunting and gathering and living day to day in survival mode.

When a pioneer has success we should celebrate. goCabinets recently reached a wonderful milestone by registering their 900th member to their online cabinetry ordering system. Launched in 2013 by Gary Cannard a 30 year veteran of the cabinet making industry, goCabinets in its first two years has gone from strength to strength but goCabinets continues to have its challenges. For starters getting the industry to understand the software and what it does was and still is no easy task. Gary spent over $250,000 and three years of his life developing the software before it ever earned a dollar. Even now the cost of maintaining, updating and marketing goCabinets is a constant challenge.

So why would Gary commit so much money and time to an idea with no guarantee it was going to work? One thing through this whole process that has kept Gary going, through all the frustrations and rejections, was the belief that this was where his industry needed, even though it might not have been what the industry wanted or indeed thought they were ready for. There is a clear distinction between the two, let me explain. What a client wants may not be the best option but in most cases it is what they know. The job of an expert in any industry is to ascertain what the client’s objective is then to provide them with a solution which meets their objective. The solution may not have been what they were expecting or what they wanted, but it was what they needed.

goCabinets is a more productive, efficient, viable solution to so many problems which exist within the Cabinets Making Industry. As 900+ members can attest to it is an extremely viable option for their cabinet making or building business. And as the next generation of cabinet makers and builders come through they will be looking to software like goCabinets to solve all their problems. What these “johnny come lately” to the industry understand is computers and software are tools and if they can do the job quicker with less mistakes and then store all the information for easy access at a later date then lets do it and do it NOW!

What the veterans of the industry struggle with for the most part is change. Change can be scary, but change can also be the best thing to ever happen to you. Do you know what can happen when you open up pandora’s box on change? A whole mountain of possibilities become available to you and you business.

So you do want to be a pioneer? How thick is your skin? How much frustration can you take? As it turns out if you find your calling, your passion and stick with it you’ll discover you can actually withstand quite a bit of negativity. One last thought to ponder, no statue was ever made to celebrate a follower, they only make statues for the pioneers, the leaders.

Written by Cabinets by Computer.